Load-It-Once System: 1st in America and an Industry Game Changer!

David Budd, Sr.,  CEO of Budd Van Lines,  has invented, patented and developed the first modular moving system in North America, called “Load it Once”.  The first Load It Once units were delivered in May of 2015 and successfully completed the 2015 peak season on shipments nationwide.

The Load it Once Modular Moving System addresses three problems in the HHG’s industry: 1) the current method of storage handling 2) The driver shortage & peak season capacity 3) the need for shuttle trucks.

Storage: The current method of storing household goods is an archaic process that involves multiple handling:  1) residence to trailer 2) trailer to warehouse dock 3) replace moving pads 4) placement into storage vaults 5) removal from storage vaults 6) replace moving pads 7) placement back onto trailer for delivery and 8) off of trailer into residence.   Every time the household goods are moved there is possibility of damage, loss or theft.  Off-loading and reloading household goods is very labor and time intensive.  Driver Shortage/Peak Season Capacity: The current driver shortage is a serious issue in the household goods moving industry.  The labor shortage coupled with increased hours of service regulations by the DOT dramatically impacts capacity during the peak summer season.  Shuttles: Smaller trucks are often required in neighborhoods where a tractor and 53 foot trailer do not fit.  The need to shuttle goods to a trailer is costly, labor intensive, and increases the risk of damage to goods.

To resolve these problems David W. Budd, Sr. invented and patented the Load it Once Modular Moving System.  Load it Once is a tandem delivery system which incorporates a truck having a custom designed fixed frame that accommodates two to four modular containers designed to safely transport and store household goods.  The containers are sealed in front of a customer, delivered to a warehouse and removed from the frame and trailer in their entirety with the load of furniture still inside the unit and stored in the warehouse.  The containers are specifically designed to be stacked and allow the goods within to be off loaded and loaded without any manual labor or re-handling of goods.  The sealed containers are simply placed on the truck and trailer when it is time to deliver to its final destination.   The trailer section of the Load it Once System is easily separated from the front section.    This allows drivers to disengage the trailer so they can access neighborhoods inaccessible with a tractor-trailer.  The need for a shuttle is eliminated in its entirety or reduced to only a portion of the shipment.

Results:  The Load it Once System has had an immediate impact:   1) Storage:  customers now have the peace of mind that their goods will not go through the excessive handling.  Their goods go on the truck once and off once.  Six (6) steps of handling are reduced to two (2).   Risk of damage and loss is significantly decreased.  UNIRISC has consistently recommended to clients:  “the best way to minimize claims is to minimize storage”.  Load it Once addresses the risk of damage and loss through the handling efficiencies.   2) Increased capacity: The LIO system has increased labor productivity by 98%!  In the past it took 100 plus man hours to off load and load two 28,000 lb. shipments.  With Load it Once, we off load and load two full shipments in an astounding 37 minutes.   The past method would have tied up a driver for 3 to 5 days.  Now a driver gains up to 125 more days a year to cover shipments and safely meet hours of service regulations.   Load it Once permits one truck and driver to handle multiple shipments simultaneously.  The trailer portion can be located at one residence while the front portion is loaded at another home.  Shuttles:  Load it Once has eliminated shuttle costs by a minimum of 50%.

Load it Once is an industry game changer!   Clients benefit from a tangible innovation that provides a safer and more efficient method of moving and storing valued goods. 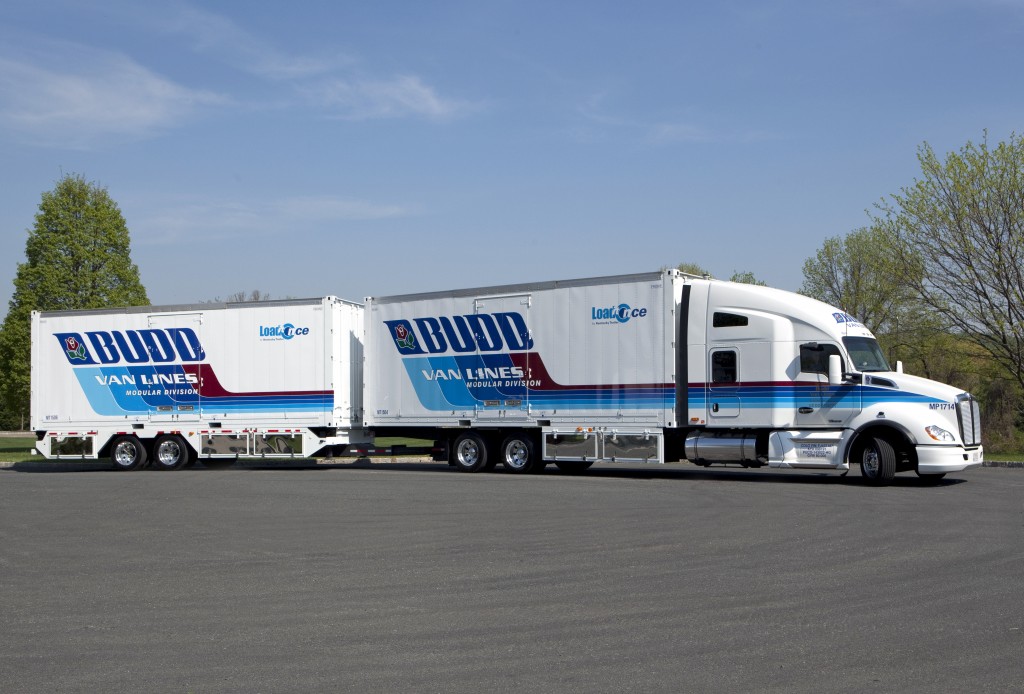